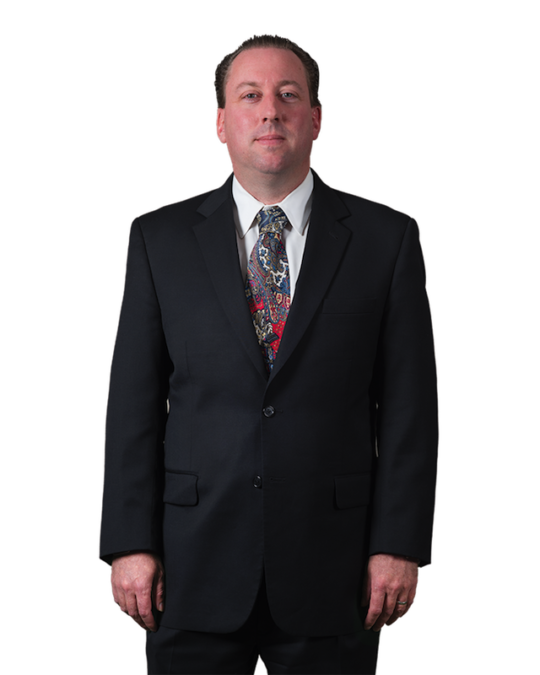 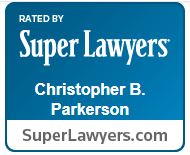 Christopher Parkerson is a Member of Campbell Conroy & O’Neil, P.C and serves on its Board of Directors. He has extensive trial experience in many states defending national and international corporations in product liability, commercial, intellectual property disputes, and large personal injury cases. Christopher’s jury trial experience, combined with his work ethic and approach to the lawyer-client relationship assists him in advising clients on important issues including trial strategy and preparation.

Christopher received his undergraduate degree in International Studies, focusing on the Chinese and Japanese political systems from Rhodes College in Memphis, TN. During Christopher’s time at Rhodes, he was on the Dean’s List, a letterman on the varsity football team and was involved in various leadership positions on campus. Christopher attended law school at the University of Arkansas in Fayetteville, AR where he was on the Dean’s List, Moot Court and a representative on the Student Bar Association. Christopher also attended the University of Alabama Birmingham where he obtained an MBA.

After law school, Christopher joined his father’s law firm in Hot Springs, Arkansas. He later joined a firm in Birmingham, Alabama, where he focused his practice on litigation and white-collar criminal defense, participating in many large-scale and high-profile cases and trials, including the defense of two sitting governors, a sitting sheriff, stock brokers, doctors, lawyers and CEOs. Christopher was an adjunct professor at Miles School of Law in Birmingham and a contributing author to the ADDENDUM. After the death of his firm’s founder, David Cromwell Johnson, Christopher opened his own litigation practice and continued to concentrate on trial work. Christopher was a frequent commentator on radio and television in Birmingham.

Since moving to Boston Christopher has focused on civil litigation. He has defended products cases ranging from small consumer appliances to large industrial electrical equipment in venues around the country. Christopher is a graduate of the International Association of Defense Counsel’s 2009 Trial Academy, held at Stanford Law School in California, and of the National Trial Academy, a premier trial practice seminar held at the

Christopher served as a faculty member of the International Association of Defense Counsel’s 2014 Trial Academy at Stanford Law School. He is also a frequent speaker and author on issues such as trial advocacy, class actions, product liability and civil procedure.

Christopher Parkerson was a panel member discussing mock juries and other jury research tools and their use by defense counsel.

Christopher Parkerson was invited to write the chapter on Opening Statements in the most recent Defense Counsel Training Manual. The Manual is a collection of articles by experienced trial counsel on topics ranging from initial pleadings through trial.

Christopher B. Parkerson was a state panel member for Norfolk Superior Court Bench-Bar Committee Presentation on Voir Dire. Christopher conducted a model void dire for attorneys and judges to assist in demonstrating the skill for MA lawyers.

The Criminalization of Products Liability Law

Christopher Parkerson moderated a panel at the International Association of Defense Counsel- Corporate Counsel College consisting of experts in the field of criminal investigations/prosecutions related to product recalls and product liability claims.

The Criminalization of Products Liability Law

Voir Dire Training- Learn from the Experts and Be Prepared

Voir Dire Training- Learn from the Experts and Be Prepared

Christopher Parkerson was a faculty member at the IADC Trial Academy held at Stanford University School of Law. As a faculty member he mentored young lawyers on trial advocacy skills and also participated in the faculty trial demonstration by delivering the plaintiff’s closing arguments.

A Practitioner’s Guide: Defending RICO Claims from Cradle to Grave

Christopher Parkerson moderated a panel of experts in the field of defending RICO claims.

A Practitioner’s Guide: Defending RICO Claims from Cradle to Grave

The Evolution Of Event Data Recorders: The Exponential Growth In Data Acquisition and Retention and What That Means To Litigators, ABA Emerging Issues Conference

Christopher Parkerson moderated a panel of experts in the field of defending RICO claims.

The Evolution Of Event Data Recorders: The Exponential Growth In Data Acquisition and Retention and What That Means To Litigators, ABA Emerging Issues Conference

The Changing Face of Due Process

The Changing Face of Due Process, published in Addendum, February, 2002

The Changing Face of Due Process

Member Christopher Parkerson joins Peter Pizzi to discuss Section 230 of the Communications Decency Act of 1996 with a specific focus on recent criticism and proposed changes to the law on IADC’s most recent podcast.

Campbell Conroy and O’Neil congratulates Christopher B. Parkerson and the rest of the IADC Centennial Committee for their work on the award winning video 100 Years-Centennial History celebrating the International Association of Defense Counsel’s 100 year Anniversary.  The video was recently awarded a Bronze Telly in the category of Non-Broadcast Corporate Image.  Christopher was one…