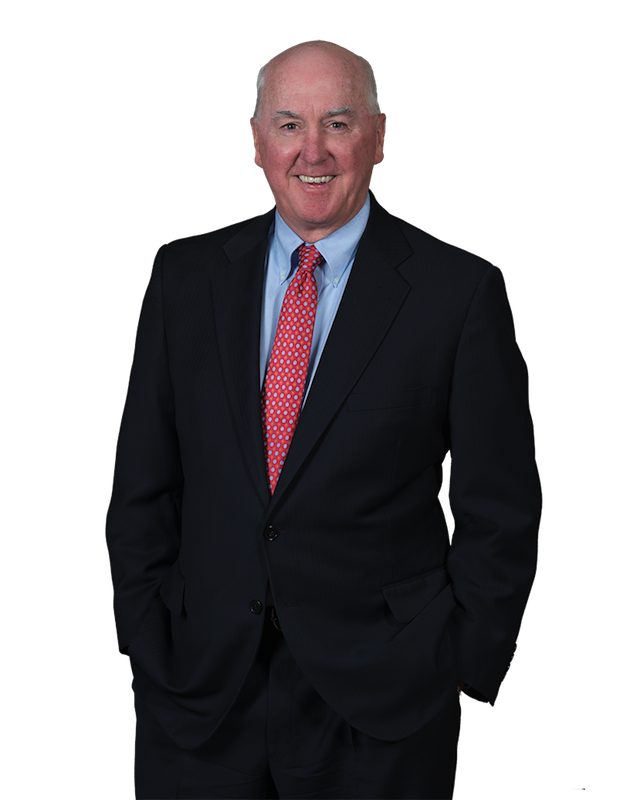 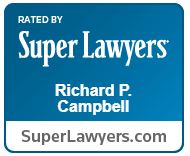 After 32 years as a shareholder, Dick Campbell became Of Counsel to the firm on September 1, 2015. Dick will continue his efforts and contributions to keep the firm among the most prominent and recognized trial practice firms in the country.

Dick Campbell primarily represents national and international corporations in complex cases, including multi-district litigation, class actions, aviation, toxic tort and products liability disputes. He also represents clients in commercial disputes, including contests over the control of closely held corporations. He is one of seven national trial counsel for Caterpillar Inc., and, in August 2009, after five years of contentious litigation, concluded a nationally certified class action with decertification of the class, an involuntary dismissal with prejudice and an assessment of costs against the class representative.

Dick Campbell is lead trial counsel for one of the commercial airlines in the litigation pending in the United States Court of Appeals for the Second Circuit arising out of the terrorist attacks of September 11th. Judge Alvin K. Hellerstein appointed him to the Aviation Defendants’ Executive Committee (“ADEC”) as Representative of the “Non-Carrier” Airlines Group. Under the leadership of its Liaison Counsel, Desmond T. Barry, Jr., the ADEC is responsible for coordinating the overall management of the procedural aspects of the litigation.

Dick is a Fellow of the American College of Trial Lawyers and holds or has held numerous significant positions. He is a Past President of the Massachusetts Bar Association. Dick is Founding Chair of the Board of Overseers at Boston College Law School and was awarded Boston College Law School’s highest honor, the Founders Medal. He serves as Trustee of the University of Massachusetts and is a member of the UMass Building Authority. Richard Campbell is a member of the ABA’s Task Force on Legal Education.

Featured in Boston Magazine, Massachusetts Lawyers Weekly and the Boston Business Journal, Dick is also a frequent resource for television and radio programs on topics such as litigation, social host liability and the law.

In a decision of national reach and significance, the Supreme Judicial Court of Massachusetts rejected the Massachusetts State Automobile Dealers Association’s (“MSADA”) bid to prohibit direct sales of Tesla motor vehicles to consumers and thereby protected market choice for Massachusetts’ consumers. In its September 15, 2014 ruling, the Court examined the language, history, and purposes…